You are here: Home1 / Blog Posts2 / Butch Cassidy – Always Looking Over His Shoulder

Lost In A Blizzard

Both horse and rider were caught off-guard by surging gusts of wind followed quickly by heavy flurries of snow. The lone outlaw pulled down his hat, adjusted his collar, and tightened his gloves to fend off the moist flakes that were violently thrust against his unprotected face.  Soon the snow gathered in bunches around his saddle and soaked his clothing clean through. His feet and hands became numb as his eyes scoured the open country for shelter, but there was none to be found.

The horse he had purchased a year earlier was said to have great homing instincts so he resignedly loosed his reigns and let the cayuse take control as he drifted into a dreamlike state. He awoke to the sensation of being pulled from his horse and hauled into a small cabin. Pneumonia set in and for many days he was earnestly cared for by a couple within a rough two-room shack. During his recovery he observed the poor circumstances of this family, including three small children, who were obviously struggling to provide for their needs.

Generous To A Fault

After recuperating sufficiently he first determined to repay this family for their kindness. It was nearing Christmas and he traveled to a nearby town where he filled a buckboard with food and needed items. His return was met with surprise and excitement and, as he unloaded supplies, he became aware of three riders who had quietly appeared over his left shoulder, one of which was wearing a tin star.

The Sheriff spoke, “I’ve got a warrant for a man named George Parker, have you seen him?” The desperado replied, “I’ve heard that he may be camped a few miles north of here.” The Sheriff winked and called out as he and his deputies turned to ride away, “Well, if’n you see Mr. Parker, tell him we’re looking for-im, and oh, by-the-way, Merry Christmas!”

Many Robin Hood style stories like this have been attributed to Robert Leroy Parker, who had many aliases, but was most infamously known as the outlaw Butch Cassidy.  In 1925 he confirmed the veracity of this experience while personally visiting his sister Lula. 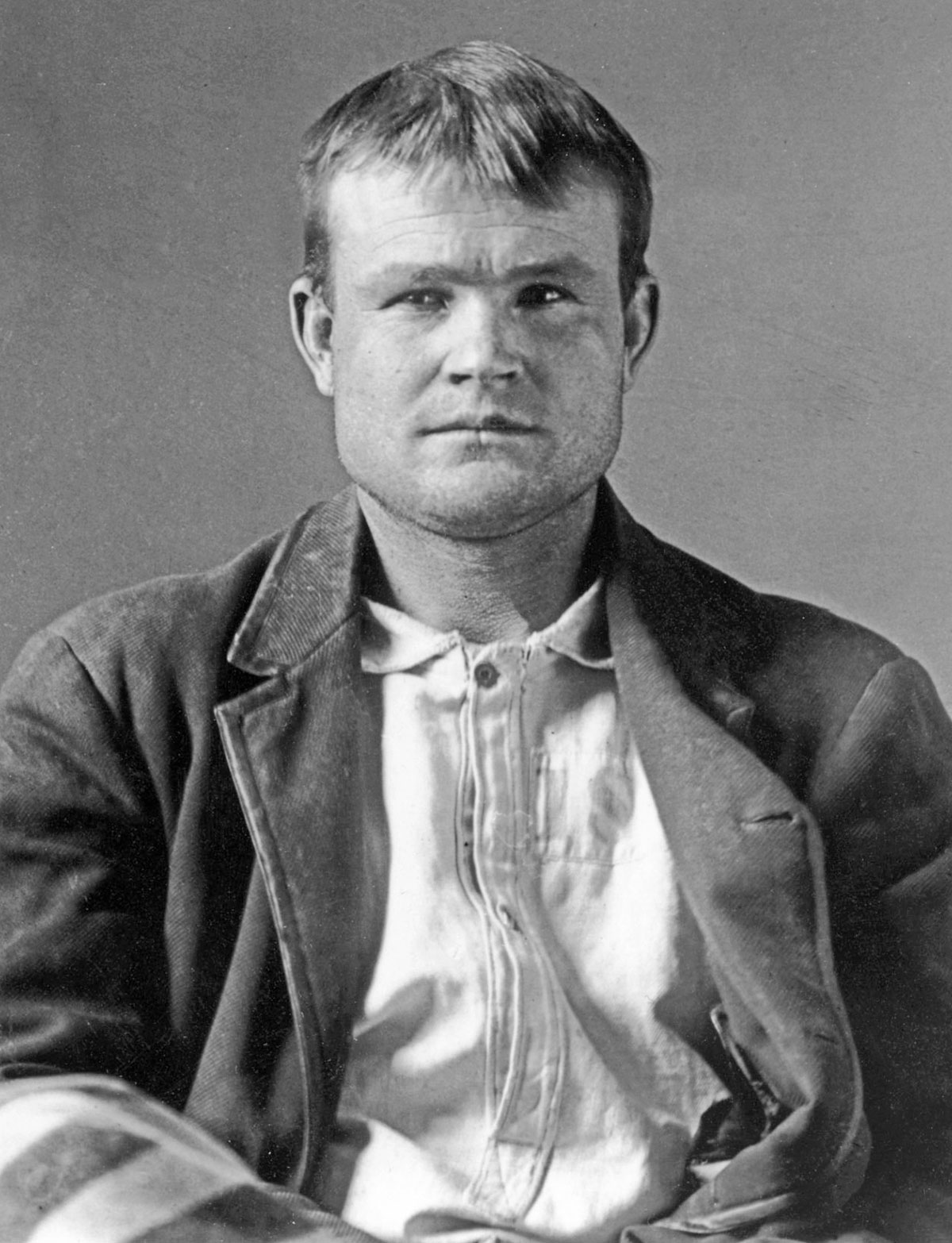 We recently found Butch Cassidy’s name carved into the walls of a hidden cave.  View this video to see the adventure. 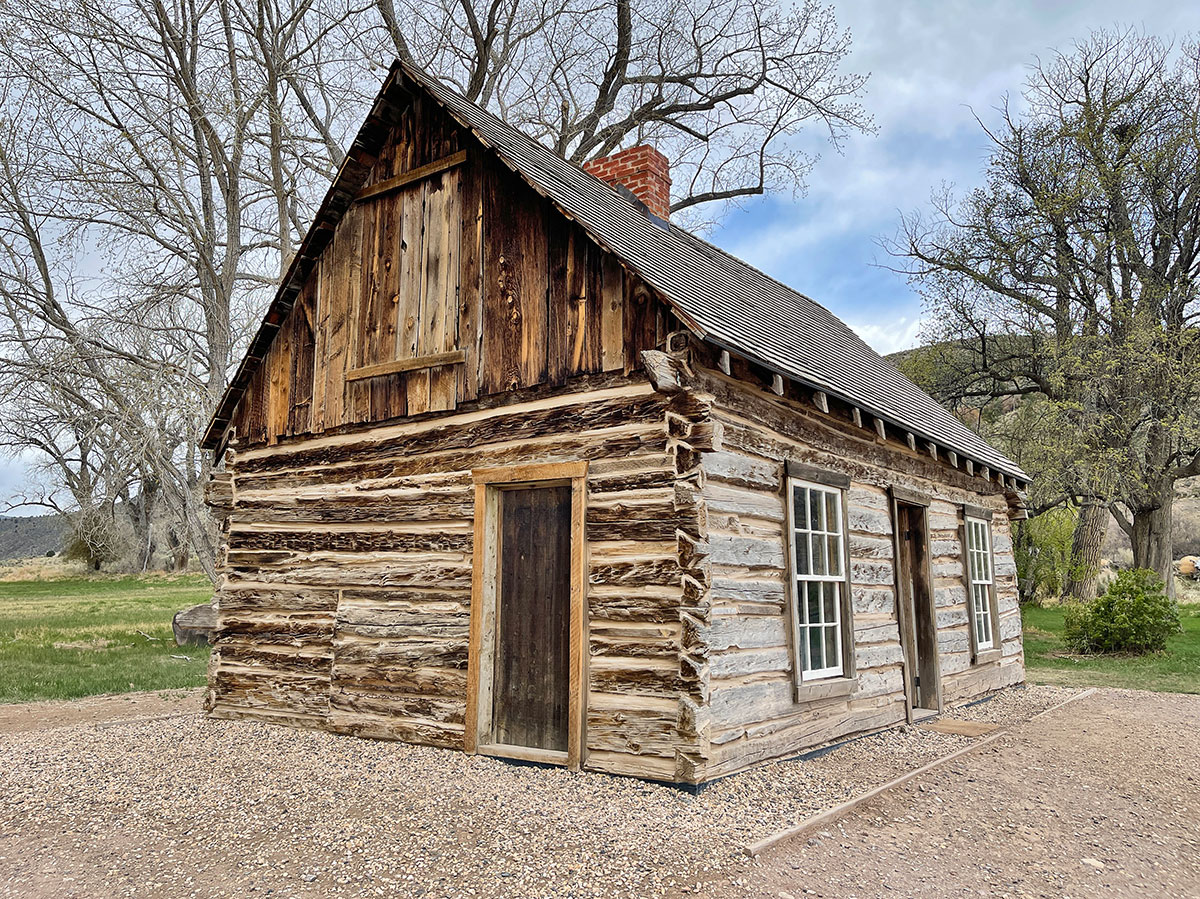 Born in 1866, Bob Parker left his home in Circleville in 1884 and headed to Colorado to find work in the silver mining boom-town of Telluride.  For four or five years the family had contact with Bob, but he chose to stay away after he robbed a Telluride Bank in 1889.  According to his sister Lula, he died in 1937, and the purported death of Butch Cassidy and his partner Sundance in Bolivia was a ruse that enabled him to come home and live quietly in the United States. 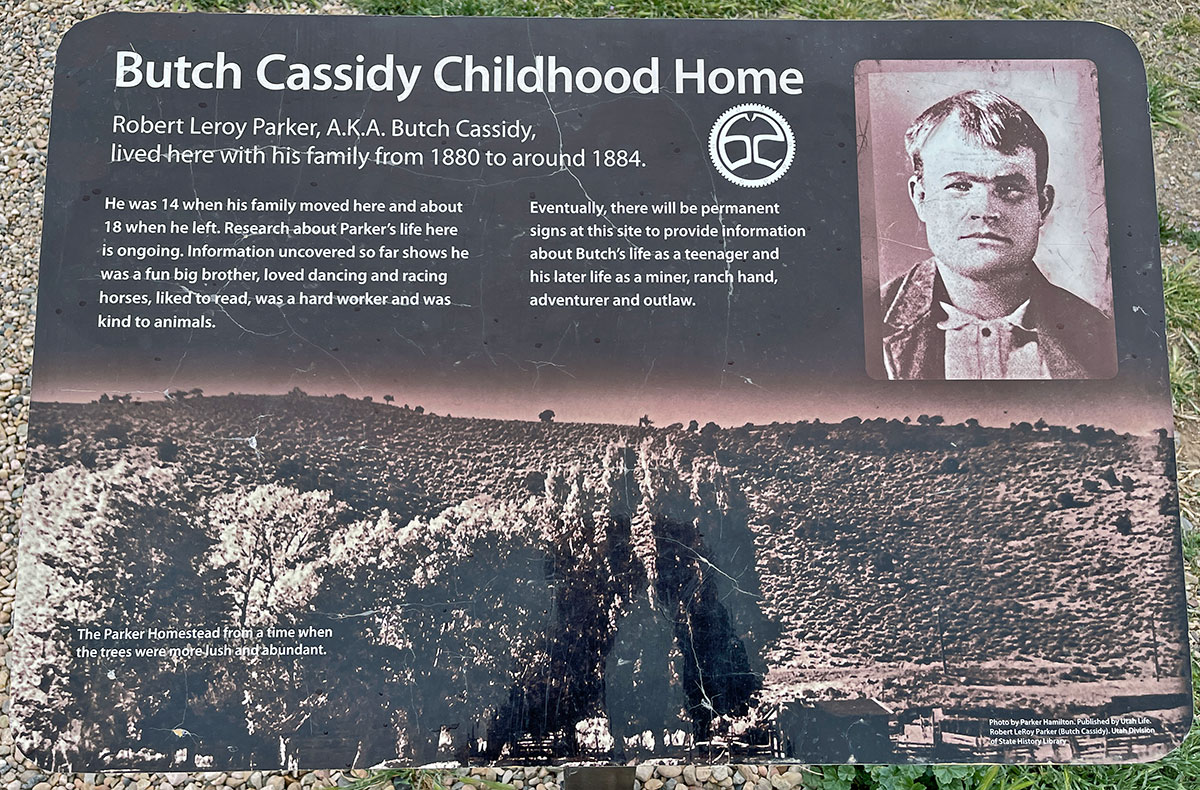 In the fall of 1925 Robert (Bob) Leroy Parker (Butch Cassidy) drove a new black Ford touring car onto his family’s old homestead ranch at the outskirts of Circleville, Utah.  His brother Mark was working alone trying to fix a fence.  As the now 59 year-old man exited his vehicle he was not immediately recognized by Mark who had been just eight years old when Bob left . Then Robert flashed his trademark Parker family grin, and soon Mark surmised who must be standing before him.

They traveled together into town where Bob greeted his 81-year-old father for the first time in nearly 40 years. Bob spent the next 9-10 days with some of his 12 other siblings. His mother had died 20 years earlier and the cause of her death may have partially been attributed to her heartbreak over her son’s outlaw life. Throughout their lengthy discussions Bob admitted to his father and siblings that his life as the outlaw Butch Cassidy was no life to have, and that he was constantly encouraging young men to stay on the right side of the law.  Butch Cassidy was done with always looking over his shoulder.

Butch was known to frequent destinations such as Hanksville, Utah and the historic ghost town of Grafton, Utah was used as one of the backdrops to the famous movie Butch Cassidy And The Sundance Kid starring Paul Newman and Robert Redford. Butch Cassidy had many hideouts in the areas east of Capitol Reef National Park. 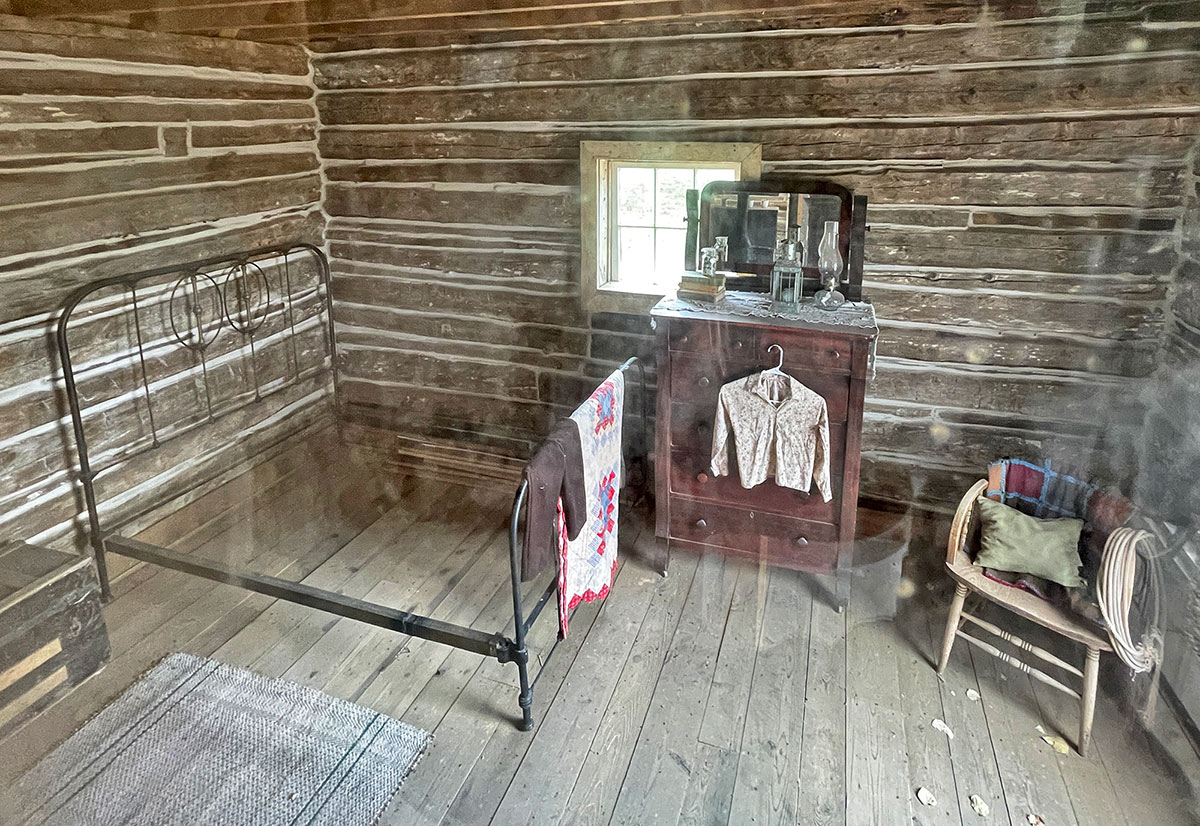 Recent efforts by many locals and Utah supporters have restored the Parker family home in Circleville, where Butch Cassidy was raised, and the grounds on buildings are now open daily to visitors.

Maps were disabled by the visitor on this site. Click to open the map in a new window.

These are photos and interpretive displays at the Butch Cassidy boyhood home in Circleville, Utah. 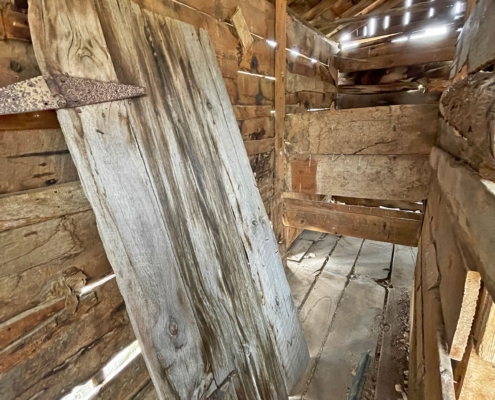 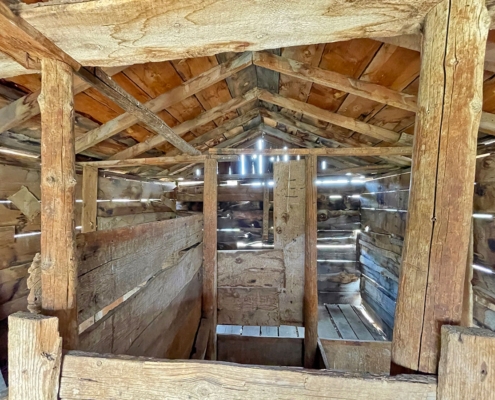 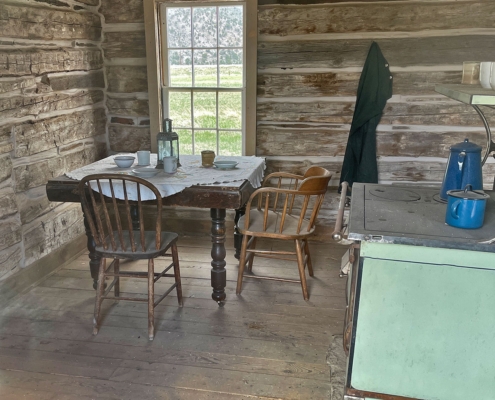 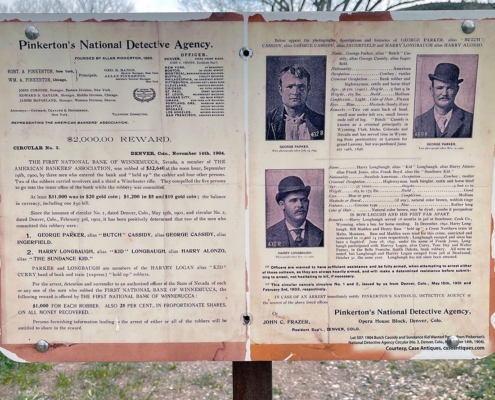 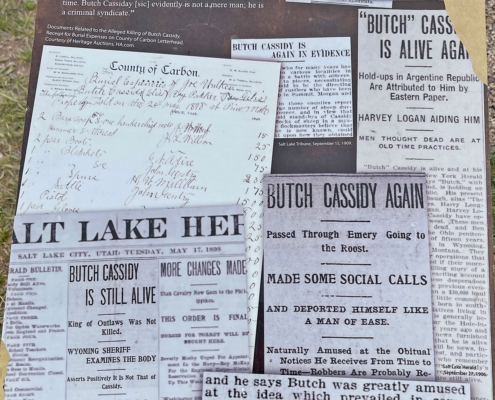