When you hear Death Valley mentioned, images of a vast, extremely hot and desolate place far from civilization may come to mind. This would be a pretty accurate description of what Death Valley is much of the year. However, left out from this description is the mention of its beauty. A beauty unique to this parched region of the west that quickly  comes to life with the passing thunderstorms.

Prior to visiting Death Valley I always felt it was out of the way and inconvenient. It really isn’t! It’s an easy trip from Las Vegas and can be done in a day. However, I suggest taking two or three if you really want to experience the park with its many attractions, trails and sights.

My first impression of Death Valley…beh! Desolate, barren, and bland compared to the red rock country I live in. I’ve been spoiled living in one of the most beautiful places on earth. But after spending some time in the park visiting the various sections, I became a HUGE fan. I quickly warmed up, so to speak, to its stark beauty and colorful landscape. Not colorful like Bryce, Yellowstone, or Canyonlands, but a unique beauty of its own.

I haven’t yet visited all the popular spots but I’ve had a good taste of what can be done in a day or two depending on how much time you spend at each stop. I’ll be back to check out the rest!

February to April is prime wildflower season, and October to January is the best time to visit the park when it’s least crowded without the blistering heat.

Click on a tab for a description of a few of the places I’ve visited.

From Dante’s View one can see the central part of Death Valley from a vantage point 5,500 feet above sea level. From here Badwater Basin can be seen, which contains the lowest dry point in North America. Telescope Peak can also be seen from here which is 11,049 feet above sea level. This is the greatest topographic relief in the lower 48 states of the U.S.

The mountain that Dante’s View is on is part of the Black Mountains which along with the parallel Panamint Range across the valley from what geologists call a horst and in the valley that is called a graben.  Horst and graben are always formed together. Graben are usually represented by low-lying areas such as rifts and river valleys whereas horsts represent the ridges between or on either side of these valleys. 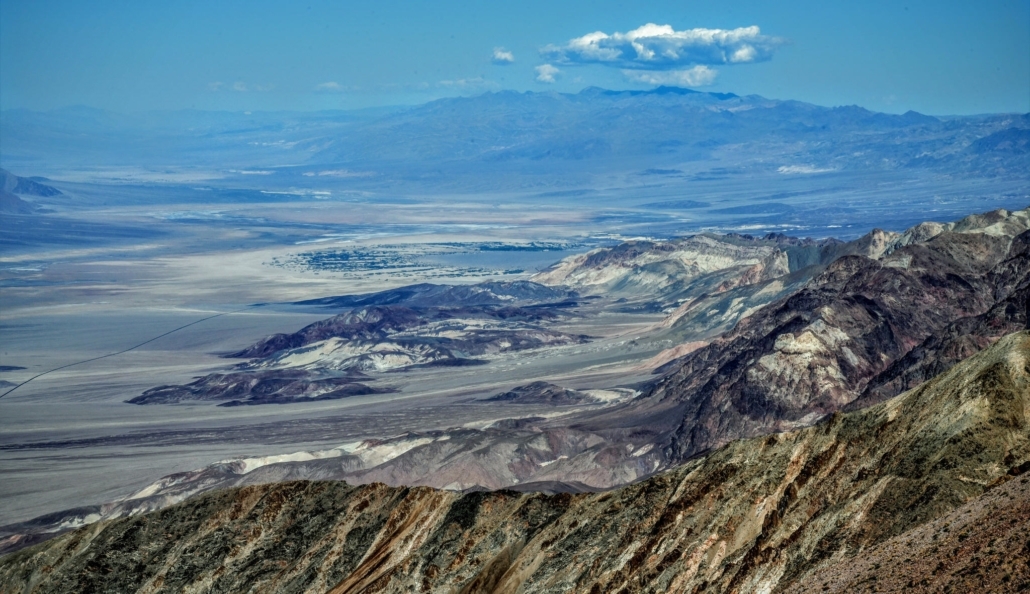 Zabriskie Point is a part of the Amargosa Range located east of Death Valley. It is composed of sediments from Furnace Creek Lake, which dried up 5 million years ago—long before Death Valley came into existence.

The location was named after Christian Brevoort Zabriskie, vice-president and general manager of the Pacific Coast Borax Company in the early 20th century. The company’s twenty-mule teams were used to transport borax from its mining operations in Death Valley. 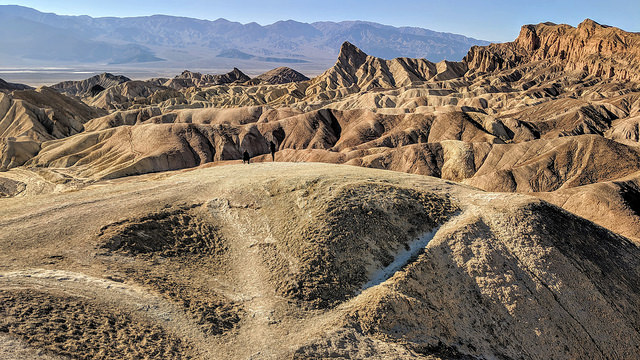 The Badwater Basin is a salt flat adjacent to the Black Mountains that descends to the lowest elevation in North America at 282 feet below sea level. The massive expanse of white is made up of almost pure table salt. The basin is the second lowest depression in the Western Hemisphere, eclipsed only by Laguna del Carbón in Argentina at −344 feet.

This pan was first created by the drying-up of 30-foot deep Recent Lake 2000 to 3000 years ago. Rainstorms flood Badwater, covering the salt pan with a thin sheet of standing water. Each newly formed lake doesn’t last long though, because the 1.9 inches average rainfall is overwhelmed by a 150-inch annual evaporation rate. While flooded, some of the salt is dissolved, then is redeposited as clean, sparkling crystals when the water evaporates. 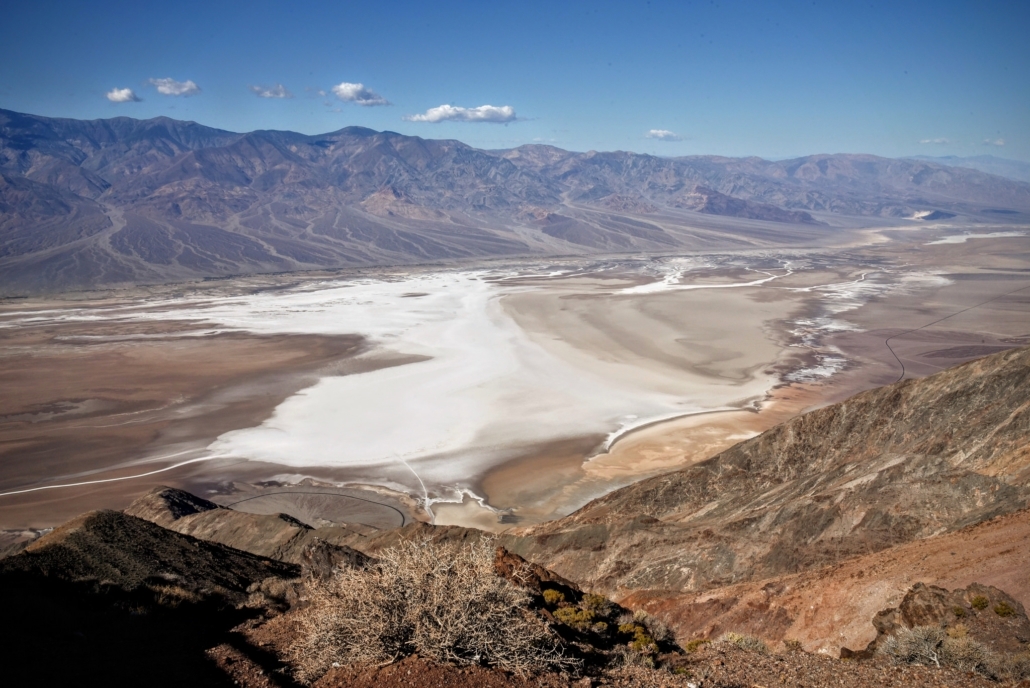 Artist’s Drive rises up to the top of an alluvial fan fed by a deep canyon cut into the Black Mountains. Artist’s Palette is an area on the face of the Black Mountains noted for a variety of rock colors. These colors are caused by the oxidation of different metals (iron compounds produce red, pink and yellow, decomposition of tuffderived mica produces green, and manganese produces purple).
Called the Artist Drive Formation, the rock unit provides evidence for one of the Death Valley area’s most violently explosive volcanic periods. The Miocene-aged formation is made up of cemented gravel, playa deposits, and volcanic debris, perhaps 5,000 feet (1,500 m) thick. Chemical weathering and hydrothermal alteration cause the oxidation and other chemical reactions that produce the variety of colors displayed in the Artist Drive Formation and nearby exposures of the Furnace Creek Formation. 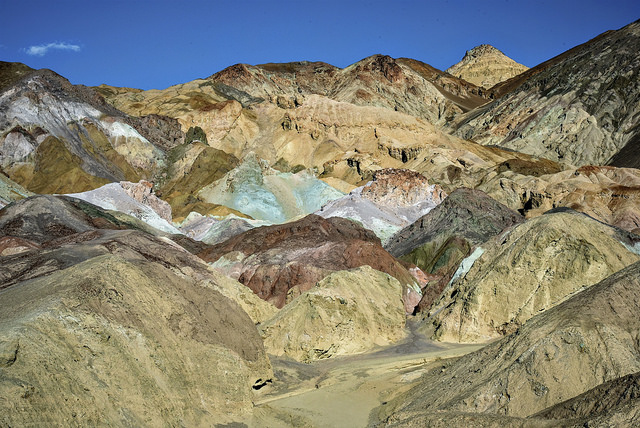 Furnace Creek is a spring, oasis, and village that sits on top of a symmetrical alluvial fan. The main visitor center of the park is located here as well as the Oasis at Death Valley resort complex. The Furnace Creek Fault runs through this part of Death Valley. 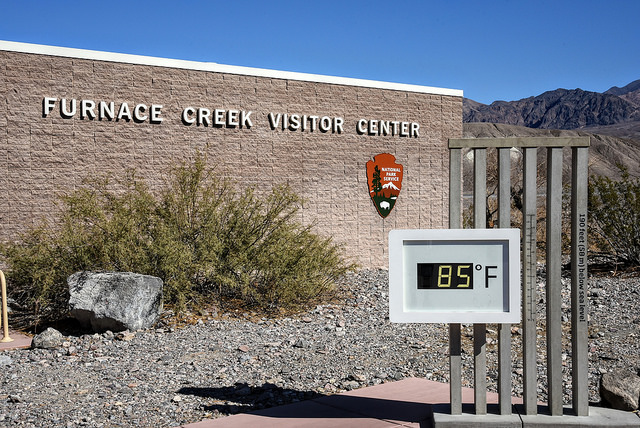 Located in Death Valley at Furnace Creek Springs, then called Greenland. The Harmony Borax Works is on the National Register of Historic Places. After discovery of Borax deposits here by Aaron and Rosie Winters in 1881, business associates William Tell Coleman and Francis Marion Smith subsequently obtained claims to these deposits, opening the way for “large-scale” borax mining in Death Valley. The Harmony operation became famous through the use, from 1883 to 1889, of large Twenty-mule teams and double wagons which hauled borax the long overland route to the closest railroad in Mojave, California.

During the summer months, when it was too hot to crystallize borax in Death Valley, a smaller borax mining operation shifted to his Amargosa Borax Plant in Amargosa, near the present community of Tecopa, California. The Harmony Works remained under Coleman’s operation until 1888, when his business collapsed. 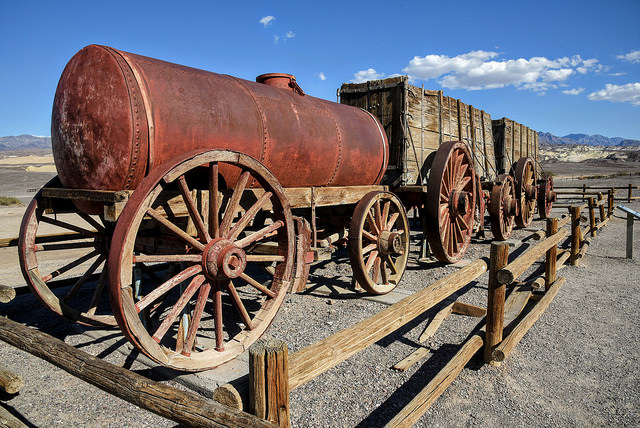 Titus Canyon is a deep, narrow gorge cut into the steep face of the Grapevine Mountains of the Mojave Desert, within Death Valley National Park in southeastern California and southwestern Nevada. The canyon features limestone rock formations, petroglyphs, and native plants and wildlife.

Titanothere Canyon – From Highway 374 the one-way road heads west across the Amargosa Valley and climbs into the Grapevine Mountains. At White Pass it enters upper Titanothere Canyon. Colorful rock deposits along this section contain fossil beds 30-35 million years old. The fossil skull of a huge, rhino-like titanothere was found here in 1933.

Red Pass (5250’elev.) – The highest point on the road is the divide between Titanothere and Titus Canyons. At the summit of the pass is a great time to stop to enjoy the view in both directions.

Leadfield – The ghost town of Leadfield “boomed” for less than a year in 1926-27 because the lead deposits bottomed out quickly. All that is left today are a few shacks and a number of mines. Many of the mines are open, but enter at your own risk. Loose rocks, rotten timbers, unexpected vertical shafts, and animals seeking shelter are potential hazards. 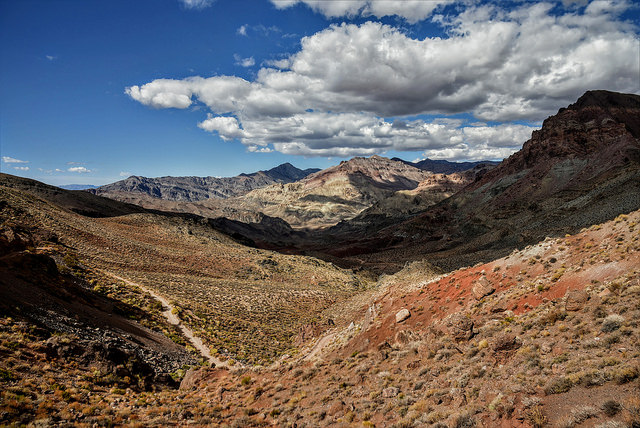 The present landscape was shaped between 5 million and 35 million years ago, during the Cenozoic Era. After faults formed in the earth’s crust, exceptional folding and volcanic action uplifted the mountain ranges and lowered the valley floor,creating a graben.

Why is it called Death Valley – Death Valley was given its forbidding name by a group of pioneers lost here in the winter of 1849-1850. Even though, as far as we know, only one of the group died here, they all assumed that this valley would be their grave.
History – The valley yielded gold and silver in the 1850s, and in the 1880s borax was discovered and taken out by mule-drawn wagons. The valley was much publicized by the American adventurer Walter Scott ( “Death Valley Scotty” ), and it remains a popular tourist attraction.

How old is Death Valley – The natural environment of the area has been shaped largely by its geology. The valley is actually a graben with the oldest rocks being extensively metamorphosed and at least 1.7 billion years old.

Hottest temp recorded – The weather station at Furnace Creek in Death Valley where the hottest temperature ever recorded, a whopping 134 degrees Fahrenheit (56.7 degrees Celsius), was reached on July 10, 1913. Hottest temp ever recorded.

Coldest month – Death Valley holds the record for the hottest place on earth. Oddly enough, 1913 was also the year that saw Death Valley’s coldest temperature. On January 8, the temperature dropped to 15°F (-10°C) at Furnace Creek.

Mining – Since the 1848 discovery of gold in California, Death Valley has experienced over 140 years of boom and bust mining. From the 1880s to the early 1900s, mining was limited and sporadic in the Death Valley region. Many of these early mining districts met with a notable lack of success.

Borax has been around for years and was originally discovered in Tibet in dry lake beds. It was commonly used during the 19th century for laundry and other cleaning purposes. Also known as sodium borate, Borax today is still used for many cleaning purposes as well as many other tasks.

Precipitation – Average Precipitation. The National Park Service also lists Death Valley as the driest place in North America, with annual rainfall averaging only 1.92 inches. Most of what little rain that falls in the valley comes between January and March, with February as the wettest month, averaging just over a third of an inch.

Plantlife – Annual precipitation varies from 1.9 inches on the valley floor to over 15 inches in the higher mountains. Vegetation zones include creosote bush, desert holly, and mesquite at the lower elevations up through shadscale, blackbrush, Joshua tree, pinyon-juniper, to subalpine limber pine and bristlecone pine woodlands.

Calculate the distance and route to Death Valley from where you live using the map below. 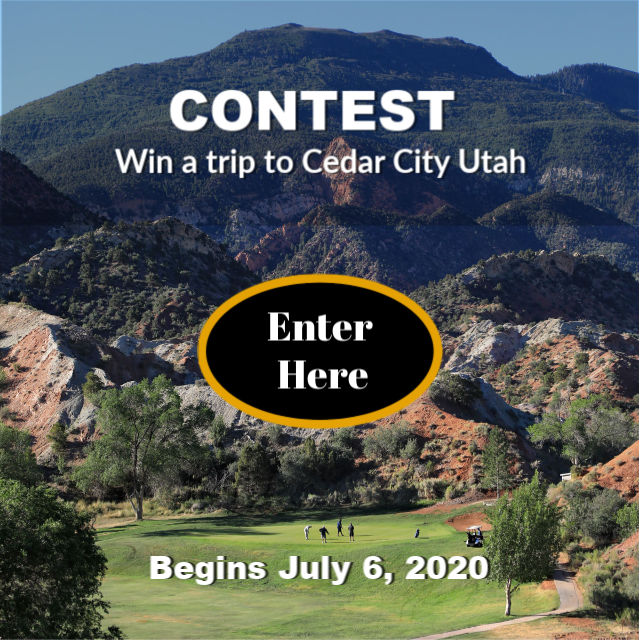