Growing up in another country around cows and sheep may have been one of the things that contributed to my interest in cowboy life here in the U.S.  My fire was likely also fueled by hundreds of western movies, western novels, and the opportunity to work for years around horse wranglers, young and old.  Local authors such as Lyman Hafen have also fed my interest with stories of raising and herding cattle in this area’s back country.

Cowboys With A Purpose

With this background in mind it was not a surprise to myself when I was recently driving home from the east side of Zion National Park, and I was captivated by the scene of three cowboys, each on a beautiful horse, that were pushing a herd of cattle at good speed.  I was headed west in the Kanebeds area along the Utah / Arizona border, and they were headed east.  I thought to myself, “I’m in no hurry to get home, there’s time to see what they’re up to.”  I made a quick u-turn and parked my truck across the road from what appeared to be a truck and cattle trailer that belonged to these cowboys.

The trailer was situated just inside a large gate and it appeared that these three cowhands were determined to fill up the trailer with at least some of the cattle they were herding. I should clarify that two of the three were cow-boys, and one was a cow-girl. All seemed equally capable, and they had the additional assistance of what proved to be an experienced dog.  At first I didn’t understand exactly what they were trying to accomplish. Perhaps it was a spring round-up and time to move the animals to higher and greener pastures.  Soon the three drovers had singled out one large bull and I watched as they pushed this bull from a very open range area toward a corner in the fence line that must have been the boundary of their rangeland.  The bull was huge, savvy, and not about to be cornered, let alone pushed into a trailer.  Time and again these three wranglers, on their able-bodied horses, jolted left and right trying to contain the bull. Multiple times the horses had to race beyond the bull and head him off, forcing him to stop and stare them down in utter contempt.  As if it was a movie I gazed with strict attention to the unfolding scenes as the dog, horses and riders continually would cut off the bull’s escape on two-sides, while using the two converging fence lines as the containment on the other. 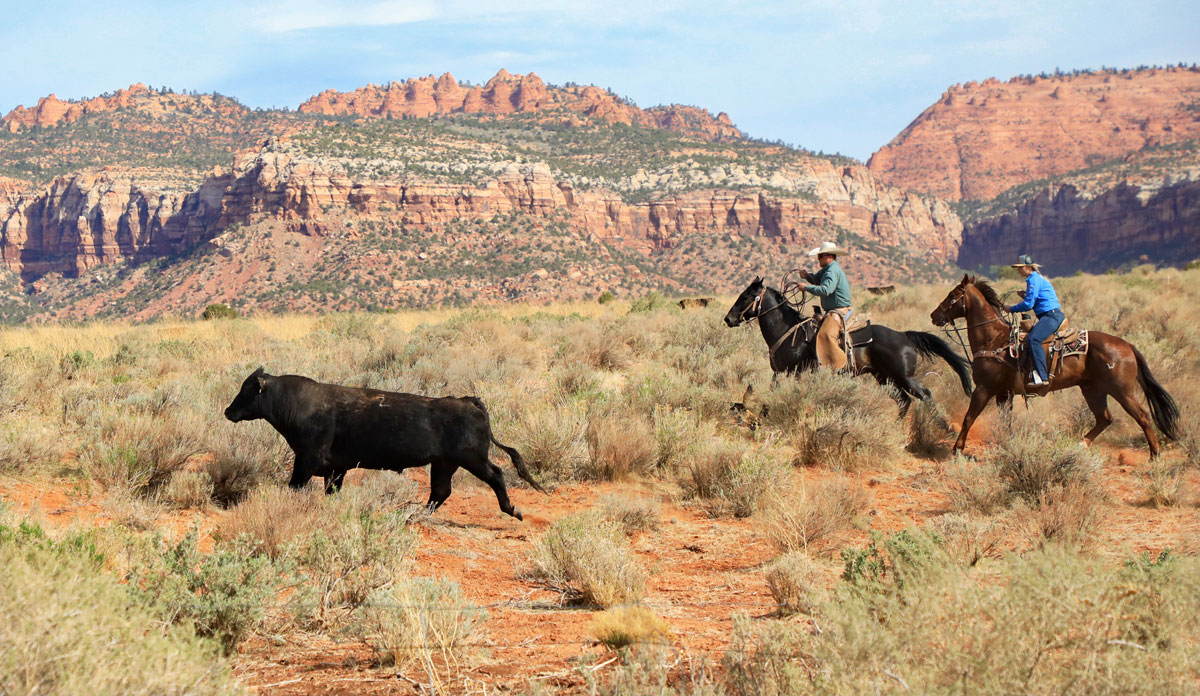 Twice I observed the bull assail the horses, angrily putting his hornless head down in an attempt to push the horses aside. Each time the horse and rider adroitly side-stepped the attack.  The need to dehorn cattle became all the more obvious. Soon the massive tiring bull paused more frequently while the round-up crew patiently stood their ground. The team moved slowly forward in unison pushing the bull toward the corner in the fence lines, right where I was positioned in my truck, A spot that seemed best to remain so as not to alarm the bull.  As this massive black beast approached I could hear his labored powerful exhales through his nostrils. It sounded much like the exhaust of an arriving steam locomotive. The bull made another attempt to break containment and one of the cowboys threw a rope around his enormous neck, wrapped the rope around his saddlehorn, and set his horse back on his haunches. Dust was flying, and the bull bellowed in resistance.  I immediately worried that the bull would charge the rope thrower and his mount when I was made privy to an athletic endeavor that seemed to surpass all I had witnessed. The second male, on the back side of the bull threw a loop of his rope to the ground directly at the animal’s right heel and, like an angler setting the hook, he snagged his leg.  Now the two horses worked in tandem countering each other’s motions, and the bull bellowed in opposition but could go nowhere.  The woman dropped to the ground in readiness to throw another rope, if needed, but it was becoming obvious that the bull was exhausted. Soon the wranglers dropped their ropes and I heard one say, “Let him go,” and sure enough the bull bolted rather quickly into the back of the trailer. He’d had enough. 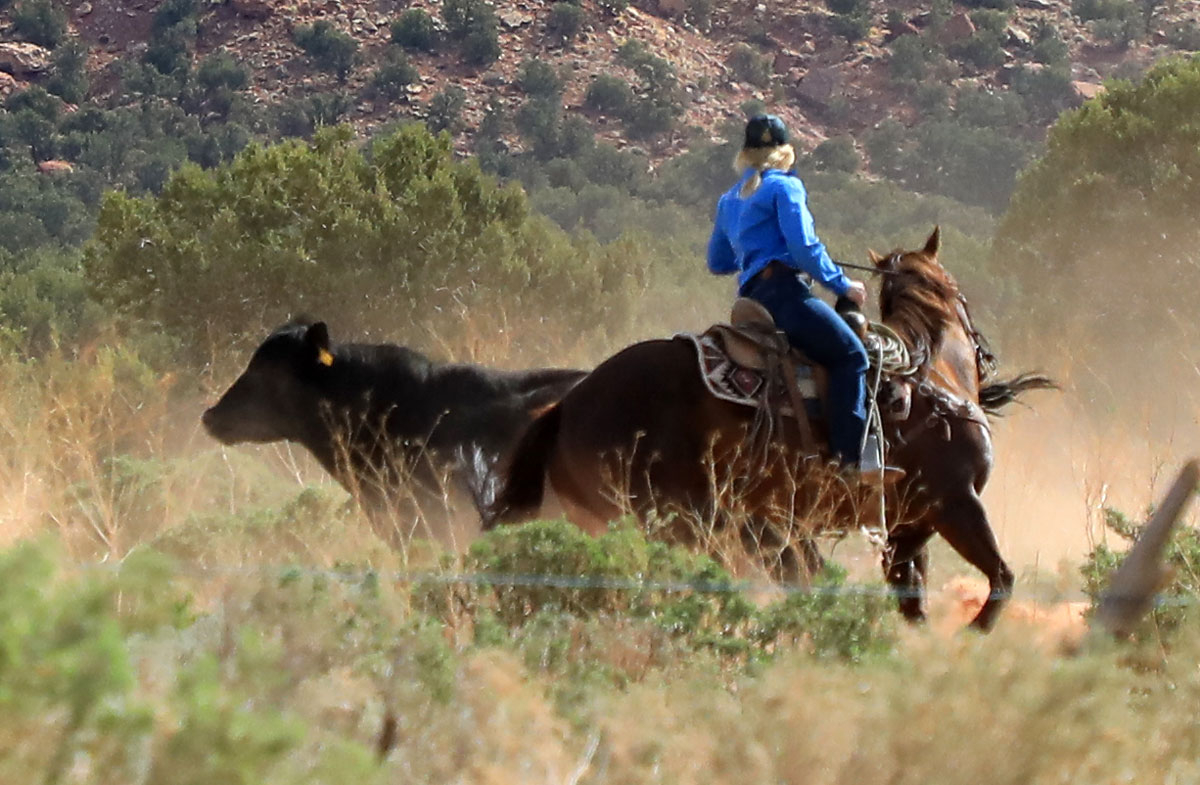 As the crew loaded up this first bull I pulled my truck around and said to them, “That’s the best show I’ve ever seen, better than a rodeo.”  They just gave me a smile of satisfaction and continued to prepare the trailer for the next round.  I drove away marveling at the way the three horses, riders, and their dog had worked in such an efficient and coordinated manner, and with a renewed appreciation of the life of the American cowboy.

Special thanks to JT and Lacy Button and Linc Bundy for allowing us to share this story, these images, and the video.  We published one picture of JT on our social media and asked if anyone knew who he was.  We received information from several individuals and we were able to connect with JT and Lacy.

Weather Preparation – Safety – In The Outdoors
Scroll to top